For its 30th year of existence, ITS organized an anniversary excursion for its employees. All the great ideas proposed by the team regarding the destination of the trip were submitted to vote and the clear winner was: "Chääsen" (or «cheesing») in Appenzell!

For once, it is not the team specialized in worldwide transport that organized the transfers for our excursion, we did this ourselves: on an early Saturday morning in June, we set off from Reinach. The bus took us to the Appenzell show dairy in Stein. An exciting, guided tour gave us an insight into the beautiful craft of the cheese making before we could produce our own “Mutschli” cheese. No possibility to try it yet, it has to mature first - but we are definitely looking forward to tasting the ITS-Mutschli after the 8 weeks of maturation!

After the cheese-making, we rounded off the morning in the show dairy with a rich aperitif before settling in our hotel. There was no program scheduled for the afternoon: we were free to spend it as we wished: actively or leisurely. Some of us went to Appenzell on the e-bikes, while others spent the afternoon relaxing at the spa or by the pool. In the evening, we met again for a fine aperitif in the herb garden, where of course we also toasted the 30th anniversary of ITS, followed by a wonderful meal in the best company in the flower atelier.

But we wouldn't be ITS if we didn't put our flexibility and organizational skills to the test on a team outing: this year too, by general request, there was a last-minute small change in the schedule – but after all, change management is our daily business, right? We decided to take the earlier train the next morning at 8:55 to Ebenalp to the famous mountain lodge Aescher. The rescheduling was worth it: we were able to take the train directly without having to queue. Once we reached the top, we not only had plenty of time to enjoy the spectacular mountain lodge and the fantastic view, but also to make our way back on foot instead of taking the train. So, we hiked back down in two groups, one directly back to the hotel, the other over the steep scree path to Seealpsee, on to Wasserauen and from there by train back to the hotel. There the driver picked us up and drove us back to Reinach.

It was a wonderful weekend, which was a lot of fun and well worthy of a jubilee year. As a great souvenir, in a few weeks, we will receive the “Mutschli” we made and of course we are already looking forward to reviewing the great memories while tasting “our” cheese. 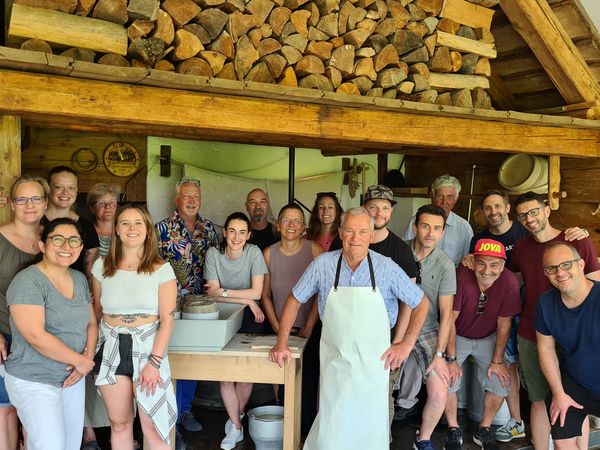 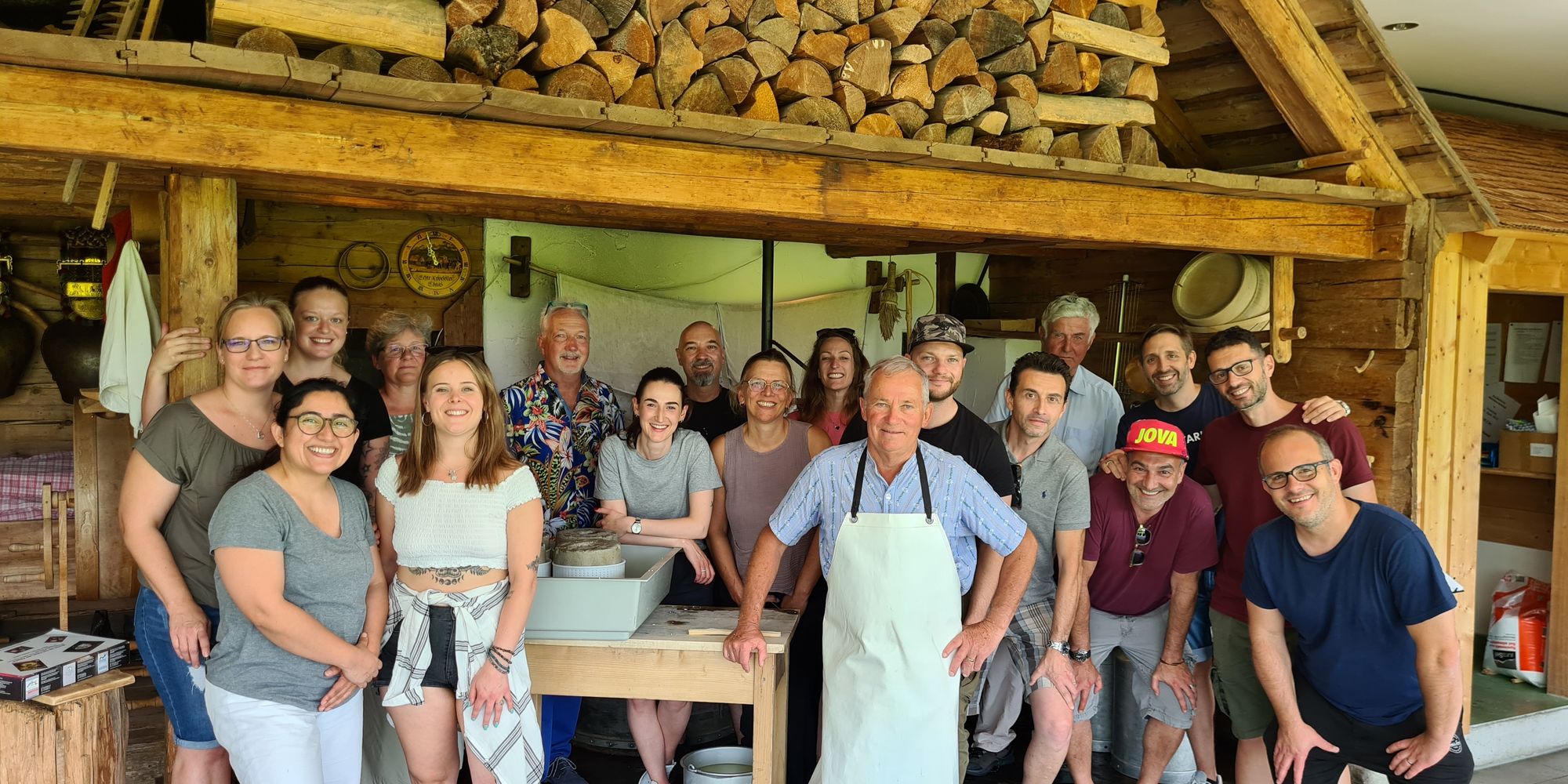